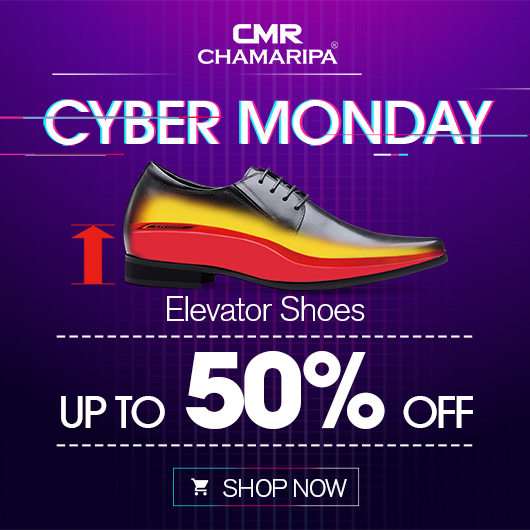 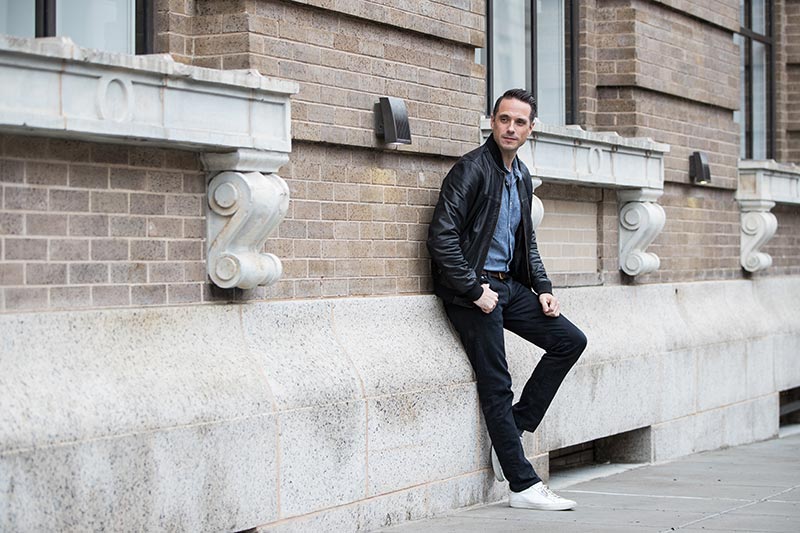 It’s a known fact that wedding preparations are a load of stress. Brides always put in the most effort to steal the day with their elegant white gowns, pearls, and shiny heels. Before the recent acceptance of male elevator shoes, men with low height genes have had to deal with their fear and self-esteem of appearing shorter than their brides. However, in the last decade, grooms began  to put in more efforts into looking good at their marriage ceremonies in a bid to avoid been outshined by the bride all the time. 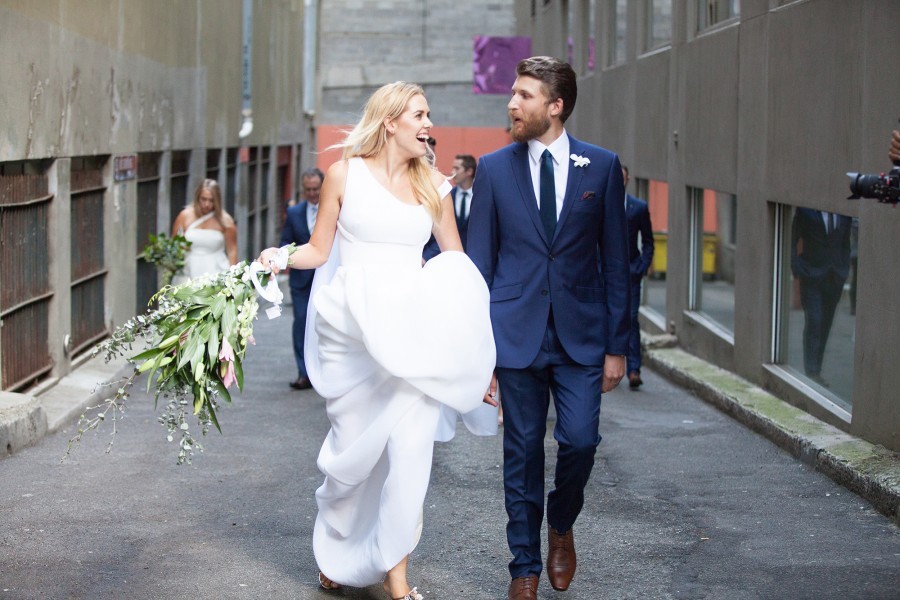 I attended a wedding five years ago in Texas, US. As usual, I dusted off my black elevator loafer boots that I reserved for corporate and public outings since my penultimate year at college. Wearing my black Tuxedo on this magical footwear always gave me a sense of confidence and sophistication. The groom, Jerry, was my college roommate and a good friend. I noticed he was jittery as he was preparing to go to the altar. I figured his consciousness about his height was getting the best of him at the moment and all counsels were to no avail.

He was 5’6 while his wife was 6 feet with heels. I pulled off my 5-inch elevator shoes and gave it to him to wear, after all, I knew we wore the same size. I cannot explain the joy on his face, the swell in his charisma, or the poise in his steps throughout the wedding ceremony. Before that day, he had always refused to get a pair for himself because of the fear of people finding out eventually and rejecting him, but guess who rocks elevator boots the most today?

From stylishly sewn suits to neatly tailored pants, men now embrace the use of elevator shoes when they stand on the altar. Brides are popular for wearing high heels at marriage ceremonies and tend to look taller than normal. It is only reasonable that men get to do the same too when there is a need to create some sort of balance without feeling embarrassed. 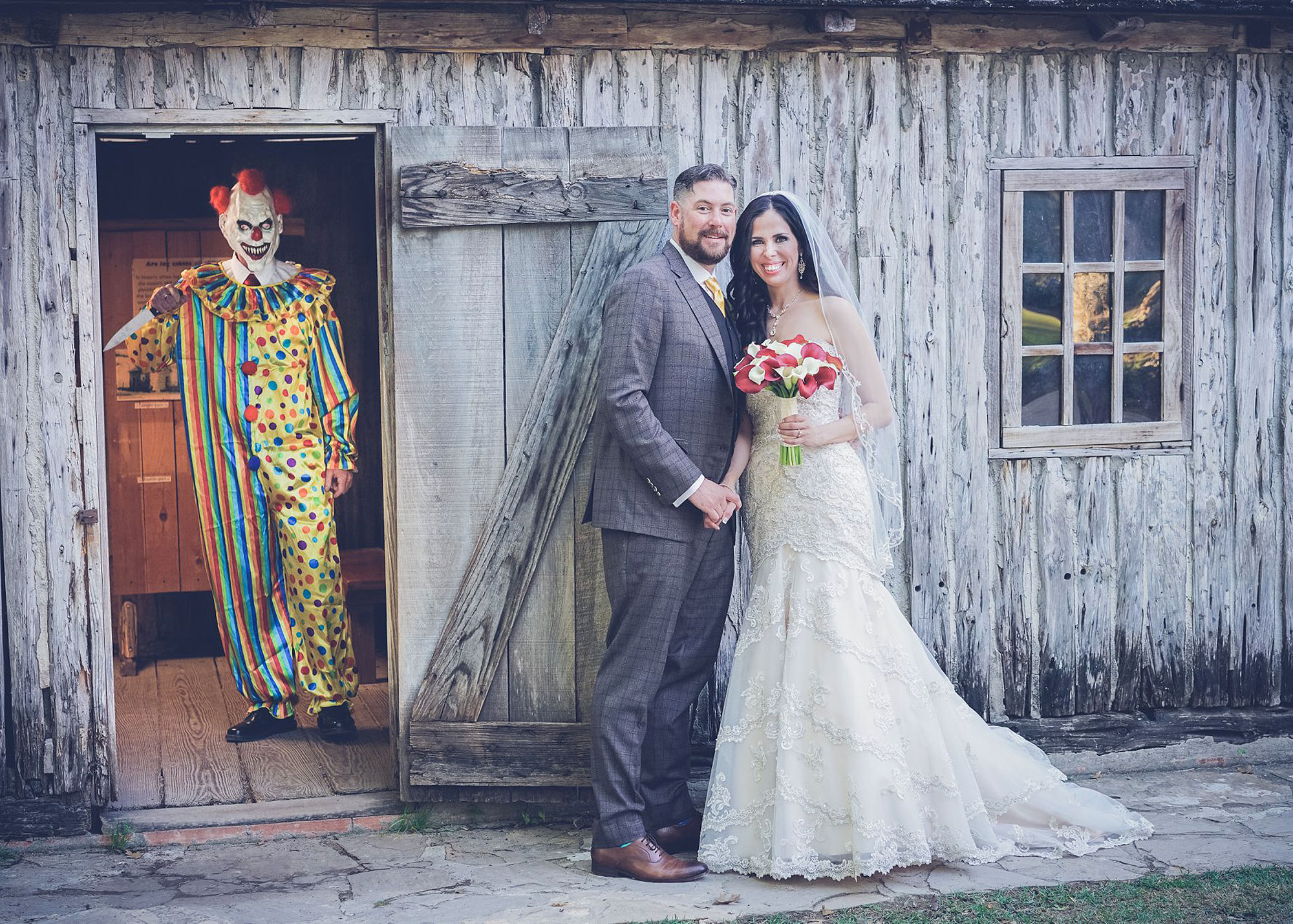 Before you judge me or jump to conclusions, I do not imply that wearing male elevator shoes at a wedding is exclusive to the grooms only. As much as the spotlight is mostly on the newlywed couples in the room, attention is also paid to other personalities in the hall. Some of which I would share and discuss how the quality of the male personality’s confidence depends on his shoes, either slightly or gravely.

First on the list of noticeable people at a wedding are the groomsmen and maids of honor. Just like the bride, the bridesmaids are also seen in fancy high heels to complement their outfits and attachment to the bride. As most conservative wedding customs would have it, a groomsman will be temporarily engaged to a bridesmaid for the day. He would walk in with her, stand line in line with her at the altar, and join the couple dance with her later on. 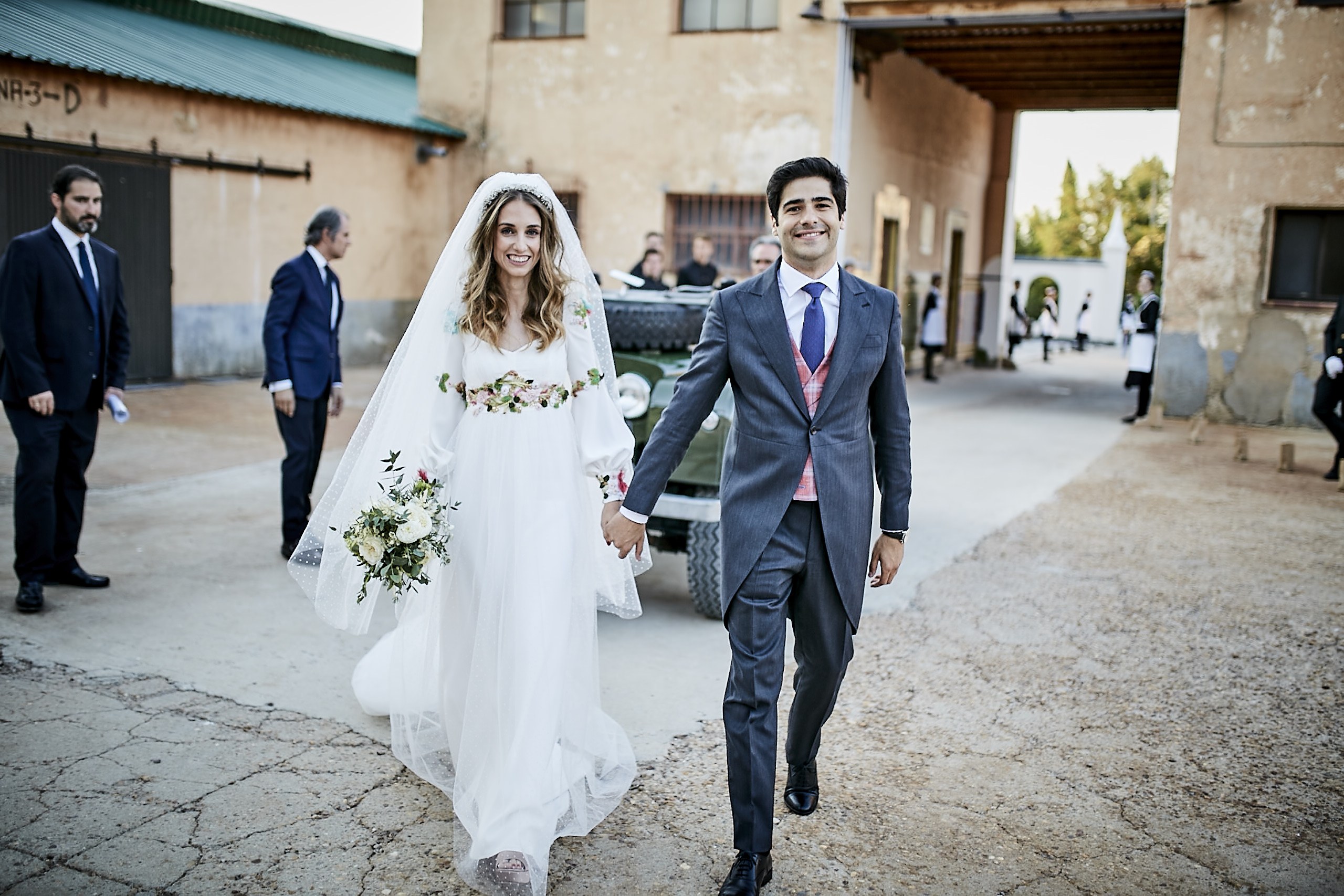 Imagine losing your self-confidence because your partner is probably taller than you in heels and it affects your self-esteem which in turn affects your rapport with her. That doesn’t have to happen anymore as you can also get yourself an elevator shoe to balance things up. Statistics have shown that most groomsmen at weddings are single, yet eligible bachelors. Hence, it wouldn’t be such a terrible idea to leave the wedding hall with a female company and a potential life partner maybe.

Firstly, a groomsman has to be attractive, confident, and stunning, matching the Groom’s energy, as he is a representative of the Groom for the day. Don’t you think it would be weird to see a groom stand tall (either naturally or with the aid of an elevator shoe) and then find smaller-looking groomsmen at his side? If you are a naturally tall groomsman, cool, but if you are not so blessed with great height genes and aren’’t bold enough to stand in front of hundreds of people, get a pair of stylish elevator boots for yourself too.

Reminiscing about my pre-wedding preparations earlier this year, I remember telling all my groomsmen to get themselves a pair of elevator shoes for the occasion. James, my best man, and tallest amongst us was 5’8 and wouldn’t subscribe to buying a height-lifting shoe. He claimed he didn’t need it and I respected that. We all wore ours for the pre-wedding rehearsals, hitting at least 5’11 each. As it would come to play, single and searching James didn’t get any of the bridesmaid’s attention that evening as he had planned. He realized what he had to do and made sure to do it at the wedding. After 8 months of courting, James is currently engaged with a  guest he met 9 months ago at the wedding. 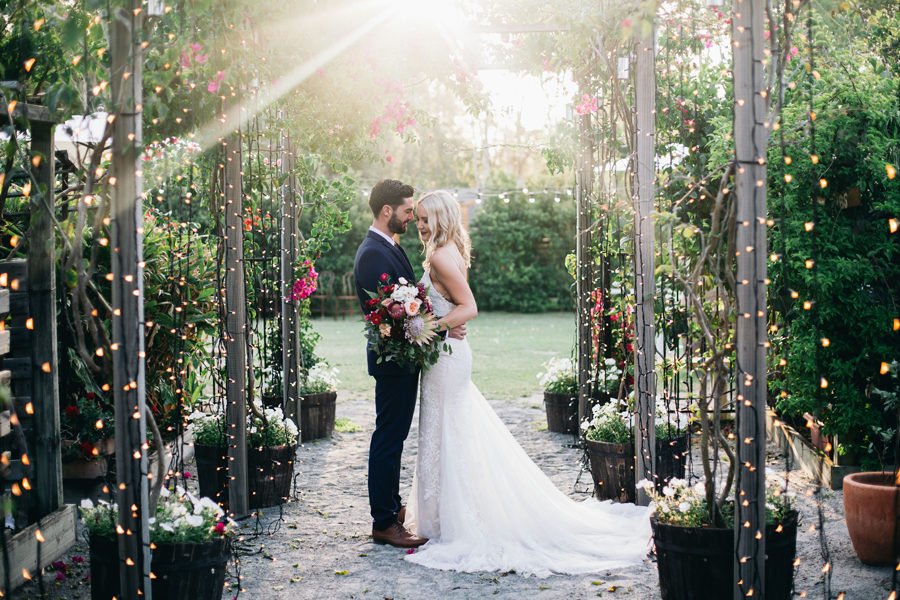 I would hate to sound cliché and give you some weird assurances that you would get your life partner when you wear an elevator shoe to a wedding ceremony. Life doesn’t work like that all the time, but at least, you have a higher chance of getting the desired admiration and attention you seek when you appear taller and confident in your elevator shoe. They say “when life throws you lemons, make lemonade of it.” Well, I say that when life doesn’t gift you with a great somatotype and amazing height genes, you buy that elevator shoe and wear it with all the confidence in the world.

You could also be a casual guest to a wedding ceremony and still need your elevator shoes. A wedding reception is a place for socialization and personal interaction. Like a great philosopher once said- “man is a social animal” so it is natural for one to socialize at public gatherings like that. Although, you would need to have a certain level of confidence and open-mindedness to communicate and connect with new people effectively.

Some people make lifelong friends, business partners, and soulmates at wedding ceremonies. Imagine if you couldn’t do all of these just because you think you don’t fit in height-wise. You are scared to meet new people who may look down on you and reject your acquaintance. Well, you could be losing a lot of life opportunities if you let the phobia get the best of you. Wearing an elevator shoe in this situation would ensure that your confidence is off the roofs and would have all your inadequacies blacked out as long as your feet stay in the shoes. You could later decide to reveal your real height to them after subsequent meetings

Also, Elevator shoes are known to lift the body and make the wearer stand on their toes. Asides from the joy of looking taller, it poses great health benefits to men. It has been discovered that elevator shoes are recommended for special orthopedic cases in adults. Studies have shown that padding the toes from time to time is a good way of maintaining a good body shape for young and older men. One can train the body daily by merely wearing an elevator shoe every day. So a groom, groomsman, and even a casual guest can keep in shape and look super fit for the wedding and other occasions without having to hit the gym and break a sweat. 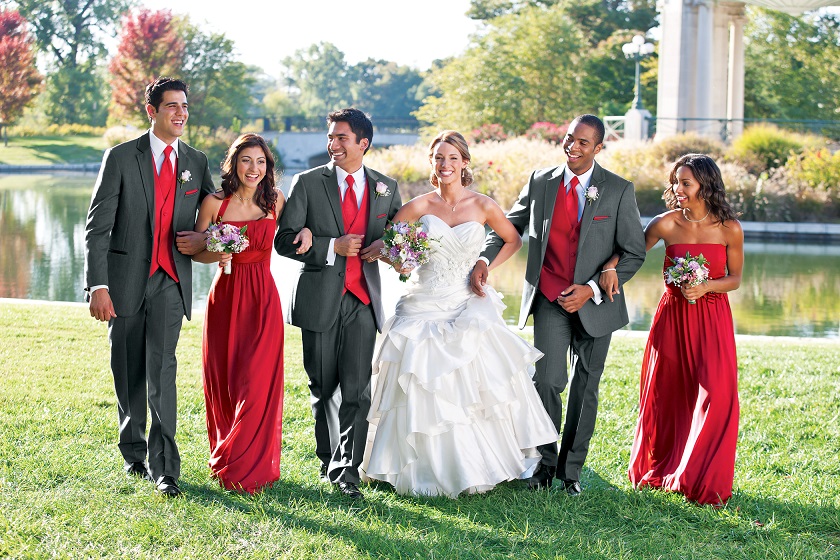 It also helps people struggling with the habit of a hunchback posture so if perhaps, the earlier mentioned male personalities have an issue with this, wearing the shoe will help to maintain a better posture at the marriage ceremony. Asides from these amazing health and fitness benefits, it also gives one a sense of mental and emotional refreshment, creating a higher vision and improved cognitive clarity, as it helps re-engineer your system into a bolder and more outspoken model.

Just as you have read above, it is very deducible that the elevator shoe is no longer a fashion piece to be ashamed to purchase and own as a man. Sexism no longer rules the day as a man can now decide to look taller or bigger. As long as you purchase the one that fits perfectly on your suit or Tuxedo, you can do no wrong. They hold a whole lot of benefits than the normal traditional shoes. As a groom, you can now stun your bride and leave everyone in awe and admiration. As a groomsman, you can complement the groom on the altar perfectly and socialize with anyone with your head held high.

You can be the best version of yourself no matter the category you find yourself in at the wedding. You shouldn’t doubt the power of an elevator shoe to distinguish you from the crowd positively at a wedding. As vague as you think this may sound, it’s what makes me stand tall, it’s what makes me more socially compatible, it is what accords me the first and most important impression, it is what makes me firm and fit. While it is just a boot to some, it’s everything to me.